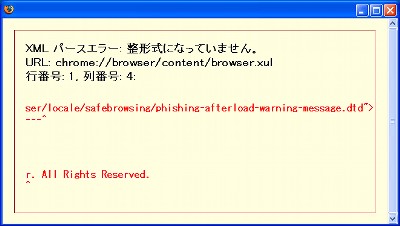 [ANNOUNCE] The Linux Test Project has been Released for JUNE 2008

> It almost never happens that you have kernel versions which _need_
> different firmware installed. In almost all cases, the older driver will
> continue to work just fine with the newer firmware (and its bug-fixes).

I'm not sure which planet you're from, but it's one without ipw2200
chips in it. And in any case, the file names change.

* MADV_SEQUENTIAL - pages in the given range will probably be accessed
* once, so they can be aggressively read ahead, and
* can be freed soon after they are accessed.


But as the sample program at the end of this post shows, and as I
understand the code in mm/filemap.c, MADV_SEQUENTIAL will only increase
the amount of read ahead for the specified page range, but will not
influence the rate at which the pages just read will be freed from
memory.

Running the sample program on a large file, say 4GB on a machine with
3GB of RAM, the resident size of the program will grow enough to evict
pretty much everything else. (on 2.6.25.9-40.fc8)

Right before the program below is done reading the 4GB file:


I'm well aware that the kernel is free to ignore the advice given
through madvise(2) (fadvise(2) seems to behave similarly, btw), so I'm
certainly not claiming this is a bug. However, I was wondering what was
the rationale behind it, and whether the manpages should be updated to
be more accurate.

There is a very straightforward workaround: MADV_DONTNEED on the range
just read, every so often, will be very effective at controlling the
resident size of the mapping. (mm/madvise.c:madvise_dontneed() calls
zap_page_range())

So it's been almost three months since 2.6.25 (87 days to be exact, I
think), making this a longer-than-usual release cycle. Or maybe it just
feels that way, and we're always getting close to three months these days.

But it's out there now. Or rather, the git tree is out there, and the
patch/tar-ball is still uploading as I write this.

The diffs from -rc9 are pretty small, with with the bulk actually being
Documentation updates (almost 80% is just added docs). The rest tensd to
be one-liners for some regressions or otherwise pretty small patches.

Several regressions did get fixed in the last few days, thanks to
everybody involved.

and dirstat for the whole release since 2.6.25 (yeah, Documentation
doesn't even show up in the latter :^):

Dan Williams (1):
md: ensure all blocks are uptodate or locked when syncing

David Howells (2):
netfilter: nf_nat_snmp_basic: fix a range check in NAT for SNMP
frv: fix irqs_disabled() to return an int, not an unsigned long

andrey@cozybit.com (1):
libertas: support USB persistence on suspend/resume (resend)
--
To unsubscribe from this list: send the line "unsubscribe linux-kernel" in
the body of a message to majordomo@vger.kernel.org
More majordomo info at http://vger.kernel.org/majordomo-info.html
Please read the FAQ at http://www.tux.org/lkml/

No can do. You have one single pagemap_walk, but perhaps multiple users,
who all disagree about what it should contain.

Quite frankly, I think we should just remove the whole f*cking crap. I
think it's also potentially a security hole to give physical page
information and swap info - even if it's just your own pages.

Matt, can you explain what the point was of this whole thing? I'm really
_this_ close to just removing the POS right now. It's been a big source of
bugs, and it looks entirely pointless.